We mediate efficient utilization of our leading national supercomputing infrastructure in order to increase the competitiveness and innovation of Czech science and industry. IT4Innovations primarily provides computational resources to researchers and academics from the Czech Republic as part of the Open Access Grant Competition. Within this competition in the years 2013-2020, 902 projects with a total of 1,027 billion core hours have been supported so far with the overall demand for the computational resources exceeding 1,404 billion core hours in this period (a core hour = one processor core per hour).

what do our supercomputers solve? 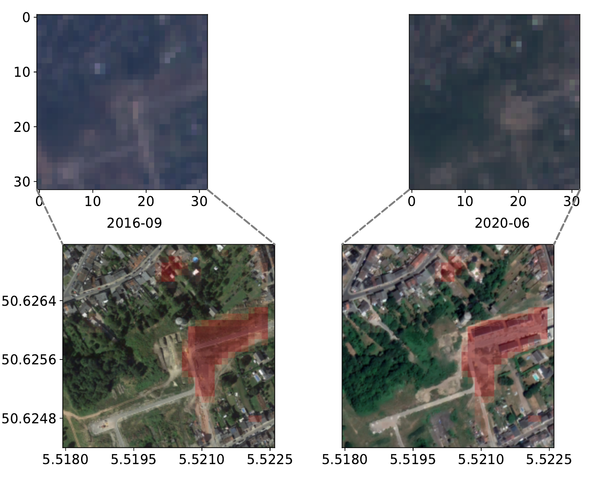 Remote sensing describes the observation of events from distance, like satellites orbiting around earth, used to image the earth surface. This can happen in different ways, like taking multispectral images or using radar.

The former is a sophisticated digital camera that also captures the non-visible light spectrum, like infra-red or ultra-violet. The latter, called Synthetic Aperture Radar (SAR), does not need sunlight to illuminate the scene but emits a radar signal and detects its reflection which works at high resolutions and also during darkness.

In our research, we combine both observations together, using different satellites, like ERS-1/2 & Landsat 5 TM (1991-2011), or Sentinel 1 & 2 (2017-today). In combination with a deep neural network (artificial neural network), we identify urban changes, i.e. construction/destruction of buildings or roads. In our work, we use almost all observations available to enable a constant and automatic monitoring of cities or rural areas.

The project PROP is focused on the studying of the effect of the propeller slipstream on the performance of the wing and its parts by means of the high-fidelity CFD simulations to design the high-performance wing. With the need to fulfil the requirements of the reduction of the fuel consumption and emissions and increase of the efficiency, the utilization of propeller-driven aircrafts with wing-mounted engines and laminar wing technology becomes increasingly attractive. The knowledge about the propeller-wing interference needs to be investigated in more detail. This includes understanding of unsteady slipstream phenomena with transient effects on the wing. Parameters like the positions of the propeller with respect to the wing will be investigated too. For low-speed high lift conditions, the increased efficiency of high lift devices due to the impact of the propeller slipstream will have to be considered during the design phase of the wing segments affected by the propeller. 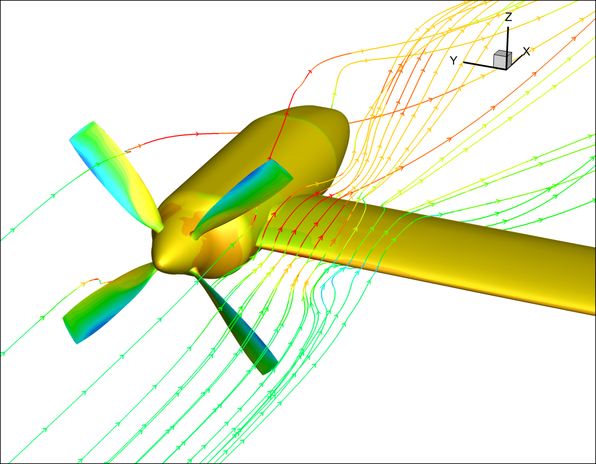 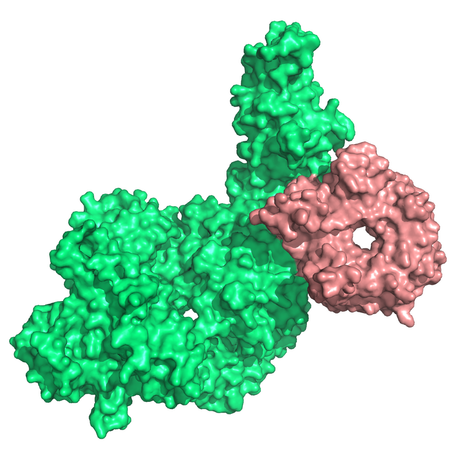 Searching for new drugs is very challenging due to the very large number of possible chemical compounds which may be investigated. Computational approaches may predict the most promising candidates to be tested and greatly speed up research. However, there are a lot of approaches and more advanced ones are very computationally demanding.
The CACHE challenge was organized by an international consortium of researchers from academia and industry to prospectively evaluate computational approaches and pipelines developing in leading research groups all over the world. The task is to discover new ligands of a specific domain of leucine-rich repeat kinase 2. This protein is linked to Parkinson's disease and the discovered ligands will offer new opportunities in anti-Parkinson research. All outputs will be contributed to the public domain to support open scientific researches.

Nanoscopic devices consisting of quantum dots connected to superconducting electrodes are objects of study for a long time due to their applications in quantum computing. The advancements in experimental methods lead to the existence of increasingly complex structures and this is followed by the development of theoretical computational methods to describe their behaviour.

The topic of this project is the theoretical study of such devices consisting of a pair of quantum dots connected to superconducting and metallic electrodes. Their importance lies in their capability to create so-called entangled electron pairs with applications in quantum computing. One possibility of how to generate such pairs is the thermoelectric effect, in which the current is generated by the difference between the temperatures of the electrodes. The aim of this project is to simulate this behaviour using the quantum Monte Carlo method, which can reliably describe the important effects of electron correlations.

In the vicinity of supermassive black holes, which are found at the centres of galaxies, there may be many smaller stellar-sized objects - stars themselves, neutron stars, and smaller black holes - in addition to gas and dust. As the compact object moves, it interacts with the accretion flow and disturbs it. Since the radiation we observe from active galactic nuclei comes from extremely heated gas, changes in its motion and distribution can lead to observable effects such as periodic changes in brightness or detectable very fast outflows.

Using general relativistic magnetohydrodynamic simulations, we study the interaction between the passing object and the accreting plasma to identify typical features of such systems and to be able to detect them from the data provided by X-ray satellites.

EMD is characterized by malignant PCs independent of the bone marrow microenvironment. This acquired property allows tumor PCs to infiltrate other tissues and organs leading to a significantly worse prognosis.  In our study, we use IT4Innovations computational resources combined with RNA/DNA data to study the molecular characteristics and tumor microenvironment of EMD, allowing us to better understand the pathology and resistance of this aggressive disease.

Publications with overview of our users' projects