We mediate efficient utilization of our leading national supercomputing infrastructure in order to increase the competitiveness and innovation of Czech science and industry. IT4Innovations primarily provides computational resources to researchers and academics from the Czech Republic as part of the Open Access Grant Competition. Within this competition in the years 2013-2020, 902 projects with a total of 1,027 billion core hours have been supported so far with the overall demand for the computational resources exceeding 1,404 billion core hours in this period (a core hour = one processor core per hour).

what do our supercomputers solve?

Search for new Anticancer Compounds and Investigation their Mechanism of Action 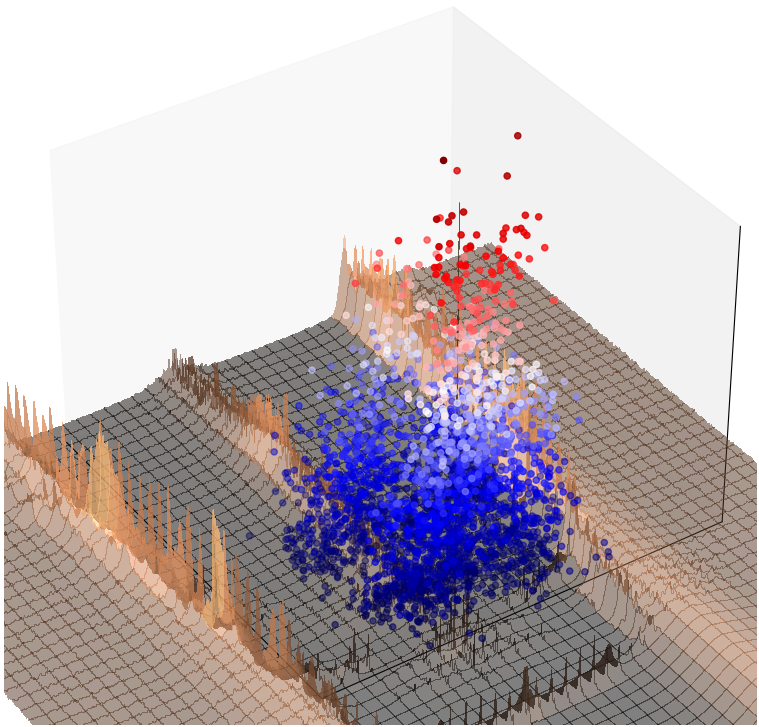 Advances in the development of laser pulses with lengths of tens of femtoseconds have enabled research into the relativistic interaction of plasma with an electromagnetic field. Electrons of an ionized gas in an intense pulse field can be efficiently accelerated to high energies at much shorter distances compared to conventional particle accelerators when properly configured. Such ultra-relativistic electrons are able to radiate a non-negligible fraction of their energy in the form of X- to gamma rays. In the process, they lose the energy gained, which seemingly works against acceleration. However, it turns out that the loss of energy by radiation, also called radiative decay, makes it easier for the electrons to get into conditions suitable for acceleration and thus greatly increases the efficiency of the process. It is therefore necessary to find the most suitable way of absorbing the energy of the laser pulse by electrons to be used in future accelerators and energy sources. The aim of the project is to investigate the configurations that might be most suitable for this type of application, using the 3D particle-in-cell Osiris code.

It is becoming more and more apparent that in today's deluge of data it is difficult to find a relevant document containing the information we seek. We have reached a point where it is difficult for humans to find information without using an automated tool such as a search engine. However, even using a search engine, we get a large number of documents the relevance of which has to be decided by the user. Key phrases that bring the content of a document into a compact form can help with this problem. A common key phrase has only a few words. If it is only one word we call it a more familiar term, namely keyword.

In our project, we focus on extracting key phrases from large (over 83,000 words on average) Czech language documents such as books. The documents used are additionally burdened with errors as they were created by automatic digitization. The extracted key phrases from this kind of documents could be used by librarians in their work, among others.

To find key phrases, we use large-scale neural networks that are able to produce context-dependent representations of words. Based on these representations, the network then decides whether a given sequence of words can be considered a key phrase. 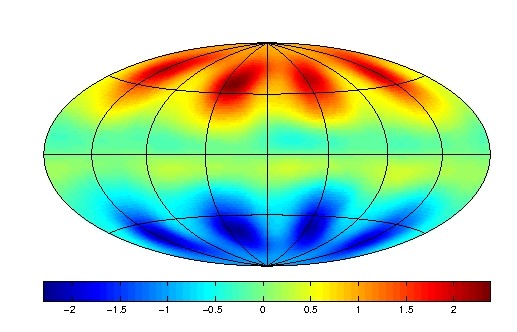 The Earth's magnetic field is one of the most variable geophysical fields. It provides us with effective protection from solar flares and is a useful navigation tool not only for us humans but also for animals. The Earth's magnetic field is generated by convective motions of electrically conductive melt in the Earth's outer core and penetrates the Earth's surface, where it is observed as a large-scale, dipole-dominated field. These generation processes are called Geodynamo for short. However, we have no direct information about the magnetic field in the Earth's core, and for this reason we model the magnetohydrodynamic processes in the Earth's outer core numerically. Geodynamo's numerical models produce magnetic fields that are close to the observed geomagnetic field. We are also able to reproduce its temporal variations, be it short or long term (called secular variations). However, we cannot use parameters typical of the Earth's core in our models for computational reasons – so far there has been no supercomputer in the world that can solve a Geodynamo model with such values. Nevertheless, we are gradually approaching these values, and one of the approximations is to model thermochemical convection and thermochemically driven hydromagnetic dynamo at low fluid viscosity.

Solution of UQ and OUU problems rely on the estimation of unknown quantities by performing many independent simulations on different scenarios. This poses an important challenge as many computational resources are needed to perform these analyses. Nonetheless, the independent sampling allows for high parallelization of the analyses in order to exploit HPC systems.

The methods and tools developed in ExaQUte will be applicable to many fields of science and technology. The application chosen as a demonstrator focuses on wind engineering, a field of notable industrial interest for which currently no reliable solution exists. This will include the quantification of uncertainties in the response of civil engineering structures to the wind action, and the shape optimization taking into account uncertainties related to wind loading, structural shape and material behaviour. Wind also plays an important role in the assessment of citizens comfort, particularly when large constructions are to be made (e.g. re-modelling of city areas, construction of high-rise buildings), becoming this an application of public interest.

Singlet fission is a process that allows a molecule to generate two triplet excited states with the absorption of a single photon. This feature implies deep advantages for the generation of solar energy, and the scientific community diligently tried to get novel sensitizers that could boost the efficiency of the future photovoltaic devices.

Unfortunately, all those efforts have been futile, and the few molecules that have been demonstrated to show efficient singlet fission lack the photostability required to be applied in a real device. In order to provide novel candidates to be used as singlet fission sensitizers, our group uses high level quantum calculations for the screening of large databases. With the 6.9 million CPU hours provided by IT4Innovations it is possible to seek among the plethora of known molecules stored in databases, modeling their electronic structure and selecting those that are found to be compatible with the presence of singlet fission.

The project aims to provide a list of readily available compounds compatible with the singlet fission process, narrowing down the number of candidates to be tested by expensive theoretical and experimental approaches.

Astronomical observations in recent years have allowed the detection of thousands of planets outside our solar system, so-called exoplanets, whose origin is shrouded in many questions. A large group of exoplanets are close-in low-mass planets (i.e. orbiting close to their host star), which typically have masses up to several Earth masses (called super-Earths or mini-Neptunes).

In this project, we will perform computational hydrodynamical simulations of the early evolution of such planets embedded in an embryonic gas-dust disk. We will study the process of planet migration, where the gravity of the structures formed in the protoplanetary disk changes the orbits of the planets.

The aim of the project is to understand under what conditions super-Earths and mini-Neptunes can migrate to the inner disk rim. To properly model the environment in which planets evolve, we need to realistically describe the physical conditions at the inner rim of the gaseous disk (see figure). The distribution of gas at the inner rim of the disk depends on the interplay of many processes, such as heating by host star radiation, magnetohydrodynamic turbulence, energy transfer by radiative diffusion, dust grain evaporation, and the associated (in)transparency of the environment.

Figure: Temperature of the gas at the inner rim of the protoplanetary disk (in section to the orbital plane of the disk; the whole disk can be visualized by "spinning" the image around the vertical axis).

Publicatios with overview of our users` projects 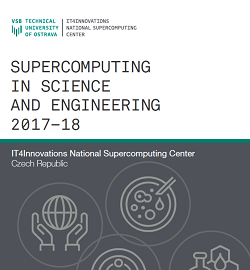 supercomputing in science and engeneering 2017—2018 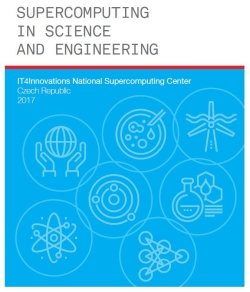 supercomputing in science and engeneering 2015—2016
We use cookies to improve the functioning of our website. By clicking “accept”, you agree to their use.
Accept