The Salomon supercomputer with a theoretical peak performance of 2 PFlop/s was ranked 40th in the TOP500 list of the most powerful supercomputers in the world according to the TOP500 ranking. It was operated until the end of 2021.

Salomon is a petaflop class system consisting of 1,008 computational nodes. Each node is equipped with 24 cores (two twelve-core Intel Haswell processors). These computing nodes are interconnected by InfiniBand FDR and Ethernet networks.

There are two types of compute nodes:

Each node is equipped with two 2.5 GHz processors and 128 GB RAM. The total theoretical peak performance of the cluster exceeds 2 PFlop/s with an aggregated LINPACK performance of over 1.5 PFlop/s. All computing nodes share a 500 TB/home disk storage to store user files. A 1,638 TB shared storage is available for scratch and project data.

Technical information of the salomon supercomputer 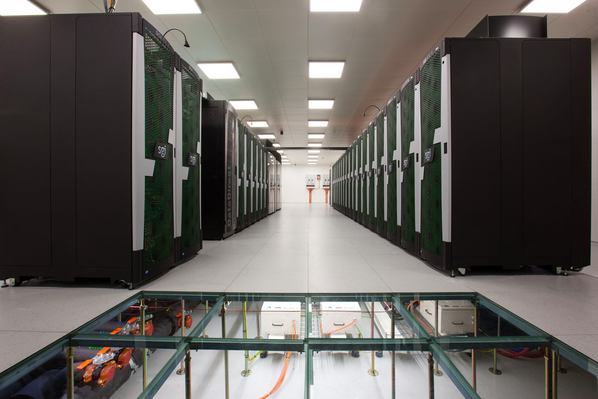