SIMULATION OF PROBE DIAGNOSTICS FOR COMPASS-UPGRADE 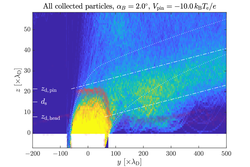 Aleš Podolník was awarded more than 1 million core hours for simulation of probe diagnostics for the COMPASS-U tokamak, a world-class fusion research facility which is currently being designed and constructed. This device shall produce plasmas relevant to those ones in the future ITER and DEMO fusion reactors. One of the planned areas of research is also to design plasma facing components, which require complex diagnostics equipment. To study the unique plasma properties in the COMPASS-U tokamak, both the existing and the newly-developed diagnostics systems will be used. One such diagnostic is Langmuir probes which, when properly set up, can measure electron temperature and density essential for calculation of thermal stresses of the plasma facing components. However, design and use of probes for measurements inside the tokamak with extreme plasma parameters takes significant effort. The research project of Aleš Podolník and Michael Komm aims at simulation of probes that would be accommodated to various variants as well as shaping options of plasma facing components inside the tokamak. Previous research projects show that proper probe design is crucial not only from the operational point of view, for example, to avoid melting of the probe under extreme plasma energy flow, but also to maximize the accuracy and precision of obtained physical data, in particular.

More than 1 million core hours was awarded to Zbyněk Sokol from the Institute of Atmospheric Physics CAS for simulation and study of electrification of thunderstorms. Thunderstorms are one of the most dangerous climate phenomena, which are accompanied with strong gusts of wind, hail, and high lightning activity. Although they can lead to huge socio-economic losses related to severe material damages as well casualties, thunderstorms have not been fully described and understood yet, which makes their prediction uncertain. One of the processes in thunderstorms that remain unclear is the process of electrification. Zbyněk Sokol, together with his colleague Jana Minářová, will use the supercomputer to simulate the electrification process during convective thunderstorms which were observed within the territory of the Czech Republic between 2018 and 2019. These simulations will take place using the Cloud Electrification Model (CEM), which has been implemented in the COSMO Numerical Weather Prediction model, or CEM-COSMO. The authors consider their project innovative as it is the first time that electrification of thunderstorms will be studied over the territory of Central Europe. The project results may lead to expanding the knowledge related to thunderstorms, such as electrification and lightning activity, as well as more accurate weather forecast modelling. 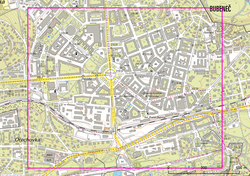 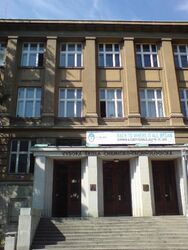 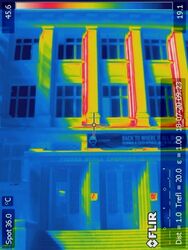 PALM-4U (www.palm4u.org) is a micro-scale model which allows detailed simulation of meteorological conditions and air quality in urban areas with a resolution of single meters. Its use makes modelling of increasingly frequent extremely high temperatures in urban areas (Urban Heat Island Effect) followed by increased air pollution easier. Besides, the model also allows complex evaluation of urban scenarios’ impacts on microclimate and air quality. The project of Ondřej Vlček from the Czech Hydrometeorological Institute (CHMI) and his colleagues from Charles University and the Czech Academy of Sciences aims at carrying out detailed validation of the latest PALM-4U model against the observation campaigns done in the Praha-Dejvice area. The campaign measurements were conducted by CHMI specialists in two fourteen-day episodes with one taking place in the summer and the other one in the winter of 2018. They measured not only the meteorological conditions and air quality in street canyons, but also building surface temperatures and heat flow through facades using infrared cameras. The team will also have access to the data generated by Prague’s meteorological stations. For validation of the model, they closely collaborate with partners from the German MOSAIK project (Urban planning based on the model and its use in the climate change domain), and they were awarded more than 1 million core hours for this work within our 15th Open Access Grant Competition.

In climate change assessment, global and regional climate models are an important tool. However, they still have relatively low resolution, and their potential to be used for local application is therefore limited. The low resolution of the majority of models does not allow implicit assessment of phenomena such as upward movements (convection) and the resulting intensive precipitations. In models, these phenomena need to be parametrically represented. Since 2016, researchers from almost 30 European institutions have been cooperating on a pilot study approved by the advisory team of the World Climate Research Programme (WCRP). For developing climate scenarios, this study uses regional nonhydrostatic high-definition (3 km and less) implicit convection permitting modelling. In the future, we will thus have much more detailed scenarios of climate change effects on the regional and local level. In our 14th Open Access Grant Competition, Michal Belda from Charles University, who is involved in this WCRP pilot study, was awarded 1 million core hours for the simulation of long-term climate in the past in order to serve as a base for assessment of future climate scenarios. Belda will focus on the Alpine region and the Czech Republic. 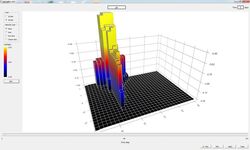 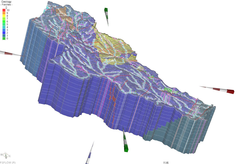 Radioactive waste (RAW) emits hazardous radiation even for tens of thousands of years. Therefore, it must be isolated from the environment for a long time until it turns into stable substances. In the Czech Republic, RAW is safely stored in three radioactive waste repositories. However, the globally most efficient and safest way for the disposal of these substances is considered to be a deep repository in a stable geological environment with the absence of natural disaster hazards, such as earthquakes and floods. In the Czech Republic, the Czech Radioactive Waste Repository Authority is responsible for the deep repository project, which is to be commenced in 2065. The Authority is currently identifying potentially suitable locations, and the final location is supposed to be selected in 2025. Our colleagues Michal Podhorányi and Lukáš Vojáček have been cooperating with Masaryk University in Brno and the DHI company in the project titled Parallelized reaction-transport model of contamination spread in groundwater (PaReTran) supported by the Technology Agency of the Czech Republic (TH02030840). The objective of the PaReTran project is to improve methods of analyses of the potential risk of environmental contamination due to long-term spread of radioactive substances from the deep radioactive waste repository through the surrounding rock formation. Since simulations generated using reaction-transport models (FEFLOW) are computationally intensive, their parallelization for deployment on HPC systems will allow their speed-up. The computational resources awarded in our 13th Open Access Grant Competition will be used by the researchers for the TRM program development. They will focus on testing and evaluating the scalability of the program parallelization using the open-source PhreeqcRM library for simulations of geochemical processes.