Big Cluster to be delivered by US company SGI

Big Cluster to be delivered by US company SGI

IT4Innovations National Supercomputing Center at VSB - Technical University of Ostrava and a prestigious US company Silicon Graphics International Corp. (SGI®) signed today the delivery contract for the so-called Big Cluster. During the first half of 2015 will be installed in Ostrava a petaflop-class system. Its performance will thus surpass almost twentyfold the current Ostrava’s supercomputer Anselm. With the latest Intel® Xeon® processors and Xeon PhiTM coprocessors, the supercomputer in Ostrava will become one of systems with the highest performance in Europe that use this type of chips.

„If launched today, it would have been the 21st fastest system in the world,” explains Ivo Vondrák, Rector of VSB – Technical University of Ostrava (VSB-TUO). „The supercomputer should rank among the TOP 100 supercomputers in the world in the time of its launching. This is an important step not only for our university, but also for the whole Czech Republic,” adds Ivo Vondrák.

“The IT4Innovations National Supercomputing Center is already at this moment an important partner not only for the scientific community, but also for industrial partners in the Czech Republic. Thanks to the new system we will be able to execute more precise as well as larger number of computations,” describes the advantages of the new supercomputer Martin Palkovič, the Managing Director of IT4Innovations National Supercomputing Center.

The SGI Corporation has won in an almost one and a half year long competition dialogue during which the experts from IT4Innovations in cooperation with the world’s leading supercomputing technology vendors defined the tender conditions so that the most up-to-date and quality technical solution could be achieved. This is why the actually achievable computing performance was, besides the price, the principal criterion for selection of the new supercomputer. The total costs of manufacturing, installation, and support for such high-performance computer amount to almost 274,900,000 CZK (10 million EUR).

“From the development at the market of computing systems for supporting research and development we can observe in a long-term perspective that the installed performance in a given country relates to its innovation and industrial potential. Therefore, we welcome the chance to participate on the development of science and research in the Czech Republic which will in this way get the access to world-class equipment,” states Michal Klimeš, SGI’s Regional Executive Director.

“Today, the research centers are not focusing only on the highest performance, but simultaneously also on optimization of operational costs from the perspective of energy consumption, cooling efficiency, system administration costs, and of course last but not least is the price. This orientation is in line with the SGI strategy, which wants to deliver its customers the largest possible computing performance, but maintaining the efficient operational costs of such solution as a complex.”

The supercomputer, constructed on the basis of the SGI® ICE™X system will be installed in the new building of the IT4Innovations National Supercomputing Center on VSB-TUO campus in Ostrava-Poruba. Currently, a data room with area of 500 m2 to house the supercomputer is under construction, including the installation of all non-IT technologies necessary for its operation. Owing to the modern technologies it will be possible to utilize the heat produced by the supercomputer for heating of the building.

A public competition for naming the Big Cluster will be announced as previously in case of the Anselm supercomputer.

“We believe that the public will participate in this competition again. As in our previous search for the name, we have prepared attractive presents for participants. We will inform about the competition at our website and on our Facebook profile,” says Martin Palkovič. 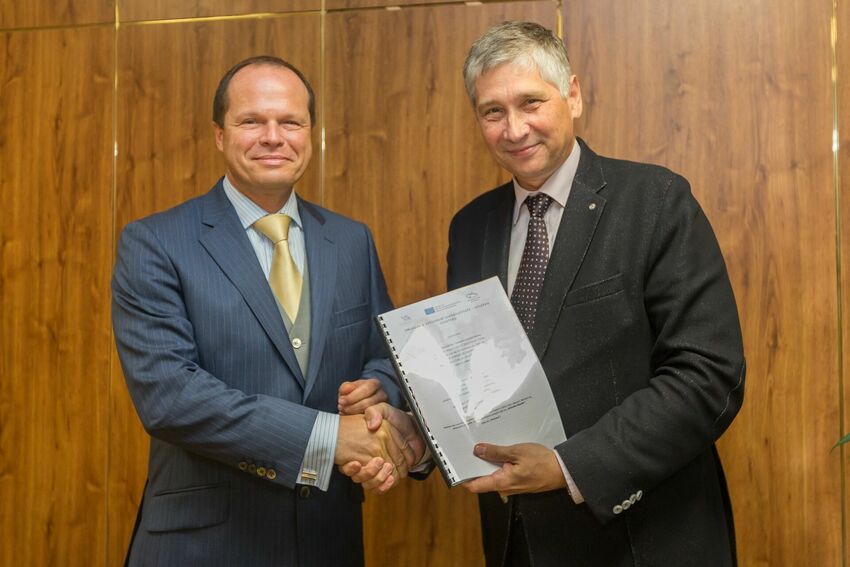 Created on: 22. 10. 2014
We use cookies to improve the functioning of our website. By clicking “accept”, you agree to their use.
Accept